Founder of the Carmelite Missionary Sisters My name is Francisco

Born on 29 December 1811 in Aytona (Lérida), Spain. He studied philosophy and theology at the Seminary of Lérida. He professed as a Discalced Carmelite on 15 November 1833.

Due to political events in Spain, he was exiled to France from 1840 to 1851. In 1843, he led an intense solitary life in the vicinity of the sanctuary of Notre Dame de Livron. He returned to Spain in April 1851; he was incardinated in the diocese of Barcelona; he founded the "School of Virtue" in November of the same year. When the "School" was suppressed, he was confined to Ibiza on 9 April 1854, where he lived deeply the mystery of the Church.

In the Balearic Islands he founds the congregations of the Brothers and the Carmelite Sisters. In January-March 1872 he writes and publishes the Rules and Constitutions of the Tertiary Order of Discalced Carmelites, which are printed in Barcelona.

In love with silence, retreat and solitude, he is and feels himself to be both an apostle and a tireless preacher: he sees the re-Christianisation of the Spanish and European environment as an authentic work of evangelisation.

Leadership was one of the channels through which he transmitted his spirit most effectively and authentically to the members of the religious family of the Missionary Carmel; this is reflected in his letters. His facet as a catechist and renovator was evident in the great work of the "School of Virtue" in Barcelona.

He was a writer, more out of pastoral demands than out of vocation or consecration to the pen. Nevertheless, he managed to compose original pages that occupy a privileged place in the religious and spiritual literature of 19th century Spain.

My name is Francisco

Certain difficulties of interpretation stem from the wording of the document itself. This must be pointed out. Some deficiencies are due to his incomplete preparation. The abrupt interruption of his religious life produced a serious gap in his intellectual formation and...
Read More

Francisco's literary activity is well known to us. Eulogio Pacho published a bibliographical, critical and exhaustive monograph on this aspect of his work. His conclusions are supported by solid foundations. These writings reveal the strength...
Read More

The Carlist Wars were a series of civil wars that took place in Spain throughout the 19th century, producing numerous deep wounds and costing a great deal in human lives. The entire Spanish territory suffered such a painful situation of...
Read More

In order to interpret the events described on the previous page, it is essential to place them in the context of the vicissitudes of the pontificate of Bishop Puigllat, rich in tense relations with his clergy. Fr. Coll Mn. Escolá - creator and director of the academy...
Read More

The reality to be dealt with now has its origin in an unfortunate episode, motivated by an isolated sermon. It happened in Aitona. It was compelled by particular and painful circumstances. At the request of the municipal and ecclesiastical authorities - in 1865 - Palau improvised a... Palau improvised a...
Read More 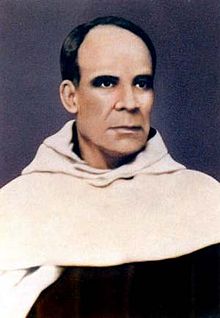 *Almost at the same time as the conclusion of the school in Aitona, the Sisters established themselves in the hospital of Vendrell - Tarragona. The year 1869. Ildefonso Gatell, a former companion of Palau, seems to have been the promoter of this school. In the School of Virtue, yes - In the opinion of Fr. Eulogio ....
Read More

Even then, Palau had already clarified the identity of his work. He had reckoned with misunderstandings and ruptures. He had gone through everything in order to save what he considered essential. In this particular situation, the double aspect of his spiritual formula: contemplation and service...
Read More

Palau understood that his work could not remain confined to the islands. He encountered various obstacles. One was too much dependence on the prelate. -Already mentioned. Another, and no less important, was the attitude of the islanders: outside their borders, the...
Read More

FRANCISCO PALAU FOUNDER VIII While the Founder travelled the peninsula as a preacher of the word of God, Juana Gratias tempered her spirit in the solitude of Es Cubells. Correspondence between them was frequent and extensive -1860-. Later, they did not know each other...
Read More