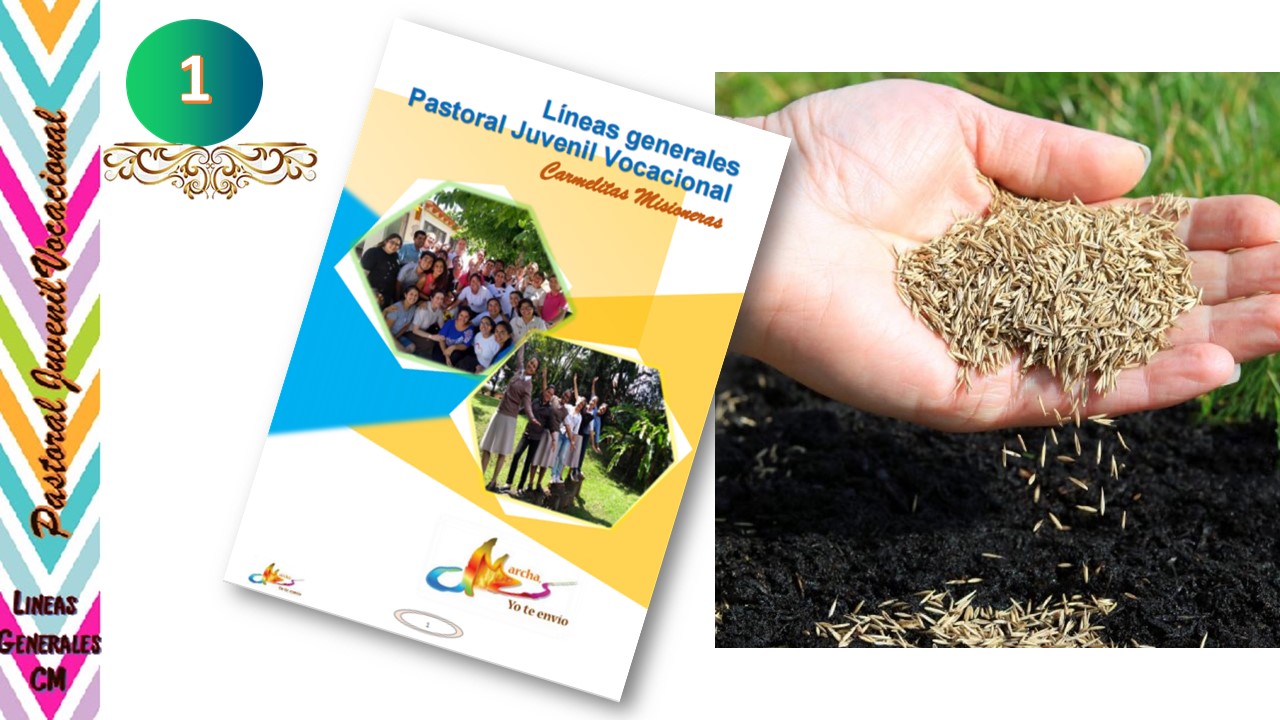 «The preaching of the Gospel is a teaching [Mt 28:19].
To teach without method or form would be tantamount
to building without a plan and without an idea;
This is not possible either in the natural or in the artificial.
A work without figure or form is impossible>>.
(Francisco Palau) Given the pandemic situation that humanity is going through, the meeting was held virtually by zoom, and had a very positive response. A large participation, even though it was a Sunday. This shows us the interest and the need we had, that is, to have some guidelines to mark our pastoral ministry.

Sisters from all the demarcations participated, as well as a group of 10 young people from the Philippines who work with the sisters in youth ministry (CMY National Council). A total of 92 zoom windows that opened us to the reality of working with young people of many Carmelite Missionary Sisters; Rome, Spain, Poland, Peru, Ivory Coast, Indonesia, Thailand, Philippines, El Salvador, Brazil, Colombia, Argentina, Australia, Taiwan, Vietnam, Korea, India, Kenya, Chile.

Sr. Lila Rosa Ramirez, General Superior , explained the reason for this work, based on the mandate given to us by the XXI General Chapter, to make the general guidelines for working with the youth in our Congregation is a reality.

Sisters Joanna Gulcz and Lola Jara from Europe, Sandra Henriquez from Chile, Rebecca Polinar from the Philippines, Loida Tortogo and Angelica Conde from the General Council, make up the commission of Youth-Vocation Ministry, offered the finished work, made the presentation with Palautian spirit and started from the symbols used by

Father Palau, such as the sketched plan, mirror, mountain, road, cave and square of the city, to come to know the different sections of the document.

With this we want to unify some broad guidelines that give unity and charismatic support to our work with the youth, hence a Decalogue is collected that comes to be the principles and criteria that we want to function our youth-vocation ministry and a Palautian Youth Itinerary, where a path is offered in the style of Francisco Palau, itinerant prophet at the service of the Kingdom, with four distinct stages, a process to go through.

After the presentation, we gave the space for questions, clarifications and suggestions. The work that was realized by the commission was highly valued and there was enthusiasm for having this document in our hands, afterwhich it has to be contextualized in each country and in the concrete reality of our youth-vocation ministry.

We also counted on the participation of a professional translator, Silvina Orsi who facilitated the simultaneous translation for the English-speaking sisters, thus they were able to follow the whole presentation.

After two and a half hours we bade goodbye expressing in different languages, and at different times, the sisters from Latin America at the beginning of the day, while Asia is about to go to sleep and Europe is still in the mid afternoon, everything is a treasure and cultural diversity,  with “one heart, animated by one and the same spirit”, as Father Palau encouraged the first sisters.