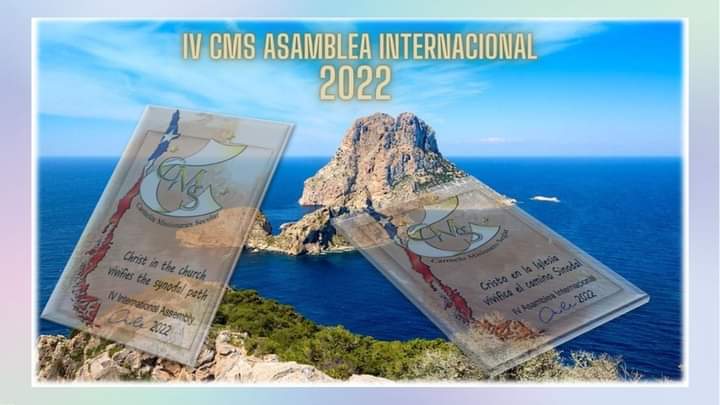 The IV International Assembly of the Secular Carmelite Missionary Carmel concluded on Sunday 20 November. For the first time and due to the circumstances, it was held in a virtual way through the zoom platform. Some thirty people participated from the 16th to the 20th November. It was the turn of the Chilean demarcation to prepare the event, and they carried out all the logistics in an impeccable way.

During these days we have been able to share the journey of the groups of the Association at the level of each demarcation, approach the hand of Sister Gracia Navarro to Palautian spirituality in the context of the Synodal Church, we have made a virtual tour of the Shrine and life of St. Teresa of the Andes, has formed the new International Committee for the next five years and to conclude we have shared the Eucharist. It was beautiful how the Eucharist was celebrated in person from the Provincial House in Peru and everyone else via the screen, but in real time, with readings in different languages, petitions, monitions and songs. We felt the communion with the whole Congregation. More than 150 people, sisters and laity, were connected to follow the Eucharist.

The outgoing International Committee, Pedro José Hernández, Laura Garita, Inés Yoon, Rose Muriuki, the Sister Advisors of the General Council, Loida Tortogo and Angélica Conde, the representatives of each demarcation and one Sister Advisor from each continent participated.

The new committee is formed:

Lila Rosa Ramirez, Superior General, was also present at the opening greeting and first day of the Assembly, giving encouragement to continue in the mission and after the votes to thank the generosity of the people who take on this mission and to thank the Committee that has developed this mission for 6 years.

On 23 November, the international committee and the sisters of the General Council met for the first time to begin as a team and to organise the tasks left to us by the Assembly in order to continue and advance from "good to better". Enthusiasm, mixed with uncertainty and fear of the new, together with a great sense of responsibility and commitment.

We would like to thank the International Committee for their involvement and dedication during these years. We know that they have given their best, seeking to move the Association forward and have carried out a great mission of communication and communion among the members.

We thank the Lord for his presence among us and we feel that Francisco Palau encourages us to continue to be prophets of communion and on the way.