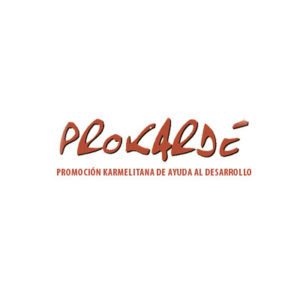 PROKARDE is the Carmelo Missionary NGO in Europe.

Born in Vitoria in 1996 in order to give legal support to all the work of solidarity, which the sisters and laity carry out in Spain in favor of mission projects in third world countries.

Until 2003, its scope of activity is focused on the Basque Country. That year we processed the registration in the National Registry of Associations, becoming national, and in the year 2004 we registered in the Spanish Agency for International Cooperation (AECI)

In 2007, five delegations are registered in the Ministry of the Interior: Andalusia, Castile and León, Catalonia, Madrid and Navarra, which meant expanding the management space in the autonomous areas. The Delegation of the Basque Country based in San Sebastián was born in 2017.

Throughout these years, PROKARDE funds have been allocated to subsidize development projects, in favor of the poorest and most excluded. We want the projects to be an aid, so that people overcome the precarious situation of marginality in which they find themselves, promote their dignity, and be themselves agents of change in their environment. 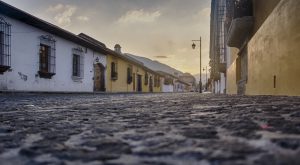 They are still recent in my retina and especially in my heart, faces, landscapes, lives…. Eleven hours of airplane separate Central America from Madrid, distance that seems to me very large and at the same time very small. Very large because it seems that they are completely different worlds, very small because life is not so different, because our interests and our desires to make life more dignified, more human, are present here and there. Very

Holler Box
CARMELITAS MISIONERAS uses its own and third-party cookies to analyze your browsing habits, which allows you to obtain information on which sections arouse your interest and allows you to improve browsing through our website and your security. Click here for more information about the Cookies Policy. You can deny your consent by clicking the REJECT button. If you click on the ACCEPT button, you will accept the installation of cookies and only then will they be implemented, alternatively, if you click on CONFIGURE you will access the privacy summary where you will find more information and you can configure or disable cookies at any time. This banner will remain active until you execute any of these options Cookie PolicyOKReject